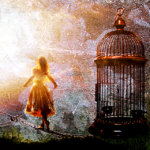 Sufi spiritual thought is based on trying to achieve a station of nearness to God (Allah), or enlightenment. This station can be variously associated with states such as ecstasy, inner peace and self-realization.

The big questions are simple: how and why to get from what you are today, to this station? For many people this is a life long journey of both self-discovery, and also finding a new way to fit harmoniously into this world. The entire mind, body and spirit may need re-alignment, consciousness awakening, and awareness expanding. Sufis say that this is the journey that we were all born to try and achieve, and unhappy people have yet to realize its value.

Many people embarking on such a quest are aware that they have imbalances of spirituality, subconscious urges, needs that they do not know how to resolve, and that they need some sort of guidance combined with healing therapy, to unlock the psychological power and secrets within.

Sufi teaching methods are adapted to the times, culture and individual. They are not really to be found in books, but in the interaction between a teacher and a group of seekers (murids). This is the essence of the Sufi Path Group. Such groups will have general tendencies due to the surrounding culture, and also individual needs. Friendship and association (sohbet) with a circle of like minded and sincere people, also help bring about personal growth and development.

The Sufis use a variety of meditation techniques, some meditating involves chanting, some dancing, and also some meditate in private. The objectives include simultaneously raising energy and blocking the mind, and so allowing the experience of higher states, during which new light, knowledge and insights are obtained. Frequently a state of serene detachment will follow.

In true Sufism, one does not learn with courses, classes, seminars, schools or advisors!