Every harmful thing comes from pride, and every goodness grows from humility.

On the passing from this world of Grandshaykh of Shaykh Abdullah Fa'izi ad-Daghestani, the Saint of Saints, in 1973, Mawlana Shaykh Nazim was ordained his spiritual successor to lead the Naqshbandi Order and carry forth it’s distinguished spiritual heritage and teachings into the modern era.

In 1974, Shaykh Nazim began to visit Western Europe, traveling every year to the United Kingdom for the month of Ramadan. He gained a large following of spiritual seekers from Western Europe and North America, who were able to find the peace in their lives they were seeking.

Shaykh Nazim held that Sufism is the expression of the original message brought to humanity by the prophets of all ages who have come to awaken humankind of all the many diverse cultures of the world from the selfish egoism which overtakes our being in the absence of enlightened teachings and to remind us of our inherent spiritual nature. 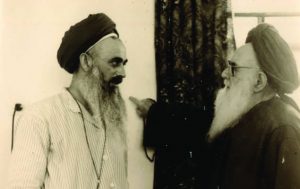 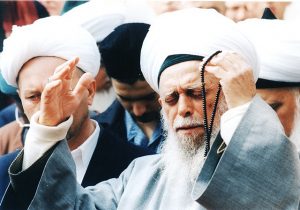 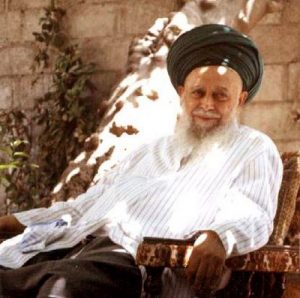 From 1980, his lectures on Sufism and Islam were published in English and many European languages. Shaykh Nazim's transnational appeal was facilitated by his ability to speak English, Turkish, Arabic, and Greek, and through his universal message of love, compassion and reverence for all of God’s Creation and his absolute devotion to God.

He was recognised as the Qutb or spiritual pole of the Sufis of the age. Devotees or followers of Shaykh Nazim all testify to how he gave them a purpose, transformed them in ways they can never sufficiently thank him for, together with witnessing his many obvious miracles. He was a spiritual giant amongst us.

People have the seeds of faith in their hearts, deeply planted, only waiting for mercy rain.